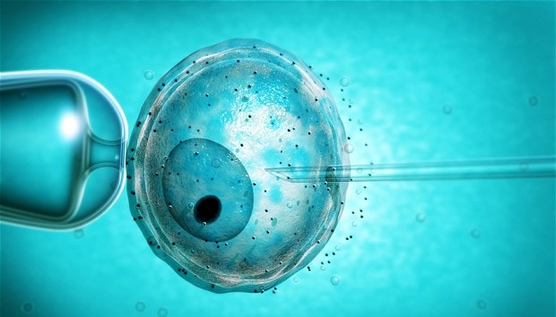 Genetic Manipulation
Perhaps Alien Species such as the Annunaki created Sasquatch to help mine gold, and harvest resources to save their planet, only to be left here in isolation.  Or perhaps Sasquatch was a failed government experiment. Genetic Manipulation has been long chronicled clear to the Egyptians. Genetic modification caused by human activity has been occurring since around 12,000 BC, when humans first began to domesticate organisms.

​Perhaps Aliens have taught scientists in government ​labs the ability to genetically manipulate our species, or our scientists have discovered ancient techniques described in Egyptian Hieroglyphics.

Genetic engineering as the direct transfer of DNA from one organism to another was first accomplished by Herbert Boyer and Stanley Cohen in 1972. The first genetically modified animal was a mouse created in 1974 by Rudolf Jaenisch.   In 1983 an antibiotic resistant gene was inserted into tobacco, leading to the first genetically engineered plant. Advances followed that allowed scientists to manipulate and add genes to a variety of different organisms and induce a range of different effects.
​
In 1976 the technology was commercialized, with the advent of genetically modified bacteria that produced somatostatin, followed by insulin in 1978. Plants were first commercialized with virus resistant tobacco released in China in 1992. The first genetically modified food was the Flavr Savr tomato marketed in 1994. By 2010, 29 countries had planted commercialized biotech crops. In 2000 a paper published in Science introduced golden rice, the first food developed with increased nutrient value.

Can Humans and Primates be interbred?
There have been no scientifically verified specimens of a human–chimp hybrid, but there have been substantiated reports of unsuccessful attempts at human/chimpanzee hybridization in the Soviet Union in the 1920s, and various unsubstantiated reports on similar attempts during the second half of the 20th century.

Ilya Ivanovich Ivanov was the first person to attempt to create a human–chimp hybrid by artificial insemination.  Ivanov outlined his idea as early as 1910 in a presentation to the World Congress of Zoologists in Graz.  In the 1920s, Ivanov carried out a series of experiments, working with human sperm and female chimpanzees, but he failed to achieve a pregnancy. In 1929 he organized a set of experiments involving nonhuman ape sperm and human volunteers, but was delayed by the death of his last orangutan. The next year he fell under political criticism from the Soviet government and was sentenced to exile in the Kazakh SSR; he worked there at the Kazakh Veterinary-Zootechnical Institute and died of a stroke two years later.

In the 1970s, a performing chimp named Oliver was popularized as a possible "mutant" or even a human–chimpanzee hybrid.  An examination of Oliver's chromosomes at the University of Chicago in 1996 revealed that Oliver had forty-eight—not forty-seven—chromosomes, thus disproving an earlier claim that he did not have a normal chromosome count for a chimpanzee. Oliver's cranial morphology, ear shape, freckles, and baldness fall within the range of variability exhibited by the common chimpanzee.  Scientists performed further studies with Oliver, the results of which were published in the American Journal of Physical Anthropology.

In the 1980s, there were reports on an experiment in human–chimpanzee crossbreeding conducted in the People's Republic of China in 1967, and on the planned resumption of such experiments. In 1981, Ji Yongxiang, head of a hospital in Shengyang, was reported as claiming to have been part of a 1967 experiment in Shengyang in which a chimpanzee female had been impregnated with human sperm. According to this account, the experiment came to nothing because it was cut short by the Cultural Revolution, with the responsible scientists sent off to farm labour and the pregnant chimpanzee dying from neglect. According to Timothy McNulty of Chicago Tribune, the report was based on an article in the Wenhui Bao paper of Shanghai. Li Guong of the genetics research bureau at the Chinese Academy of Sciences was cited as confirming both the existence of the experiment prior to the Cultural Revolution and the plans to resume testing.

So could it be possible Sasquatch is a genetic test gone awry?  an escaped experiment or perhaps a left behind slave worker from a lost time. One thing is for certain, if Scientists have attempted building a genetically modified creature such as Sasquatch the technology exists to do it.   The question is should they?