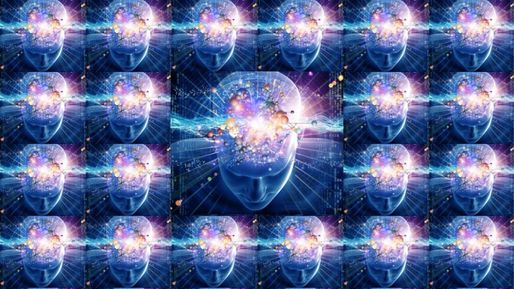 It may be due to something called collective consciousness - a term used by certain scientists to describe the practice of humans, and animals, sharing behaviors and ideas with each other telepathically.

Collective Consciousness is experienced as the invisible field of connectedness and intelligence which arises and may be accessed when those with aligned intention gather. As human beings, we are connected in ways we are not fully aware of, but which the modern scientific community is now discovering, and which the great eastern teachings have been describing forever. This Field of Oneness, of Unity, gives us an incredible potential for bringing people together in a whole new way.

Though everyone expresses it differently, many report an experience of heightened energy, a sense of unity, a connectedness with others present or at distance on an invisible but nonetheless real level, and a sense of inner creative potential, lightness, fun and desire to express. People report feeling “much more myself”, “seen”, and “a sense of aliveness.” Others have been led to see–and be loosened from– negatives states or habits, even long-term addiction and almost universally there is an accepted awareness of a frequency in the space between that could be called “Presence,” a force field of knowingness, wisdom and healing that is greater than the sum of those present.

We are facing a crisis in human communications, and are witnessing the breakdown of many of the structures–family, societal and national. Working in Collective Consciousness offers a solution with a new form and forum for human communication. It forges a new kind of relationship which brings fulfillment and connnectedness. Through contact with this invisible force-field, it strengthens and stabilizes individuals, bringing them into balance, vision with new tools and maturity. It offers a new basis for human interaction and relationship.

Perhaps Collective Consciousness is responsible for mass sightings of all things paranormal?