Sasquatch Sightings and Cattle Mutilations have been cross referenced by our organization and there does seem to be some interesting correlation. Within 72 hours of a Sasquatch encounter on numerous occasions a Cattle Mutilation has also reported sometimes, by local law authorities. In some cases, deputies said the cow had been dead less than 24 hours after they reached the area but they could not report on any physical evidence such as blood left behind.
​Countless reports show the organs appear to have been cut with a precise surgical instrument or perhaps even a laser, sometimes leaving strange serrations along the margins.  Usually there are no signs of struggle and no blood, found anywhere near the scene.  In fact, sometimes it appears in some cases the animal was dropped from many hundred feet to the ground. In most cases, Sheriff’s deputies come out, take photos, and review the area but time after time, they end up leaving and scratching their heads.  If the corpse is fresh enough, they may call a veterinarian to try to determine a cause of death.  The examining vet is as puzzled as anyone.  Usually no cause of death can be pinpointed. Usually the ranchers report the animal had appeared perfectly healthy just a day or two before its demise.  Often, unidentified flying objects have been observed in the immediate vicinity. Deputies said they also are puzzled by the manner in which the cattle have been mutilated.  According to officials, after the one ear was removed the 1000-pound animal was rolled completely over onto its other side so the mutilated portion of the head was lying against the ground.  “It must have taken a great deal of strength to roll that carcass over,” said one deputy.

​With this in mind you have to ask yourself, if Sasquatch is an alien species what better creature to suspect with the strength to accomplish such a feat of strength? 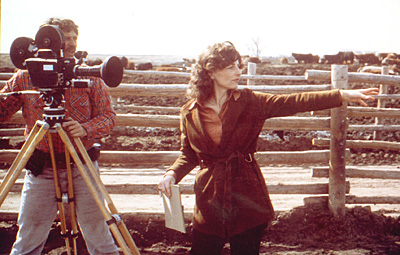 Linda Moulton Howe
One of the most foremost experts and researchers of Cattle Mutilations Linda Moulton-Howe had this to say from one of her books: Glimpses of Other Realities, Volume II: High Strangeness, Chapter 2, "Light Beams, Discs and Animal Deaths" about the conscious memory of Steve Bismarck, resident of Snohomish, Washington, while working in the woods behind his father's house Easter weekend 1977: "I heard a thud to my right and a Bigfoot walked through (the woods) going the same direction as those little guys (Filipino-looking non-humans). It was like he was following behind them." Steve said the Bigfoot or Sasquatch creature was about eight feet tall, had a cone-shaped head and solid black hair about four inches long all over its body.
As he approached a clearing he saw Sasquatch enter the craft and take off.​